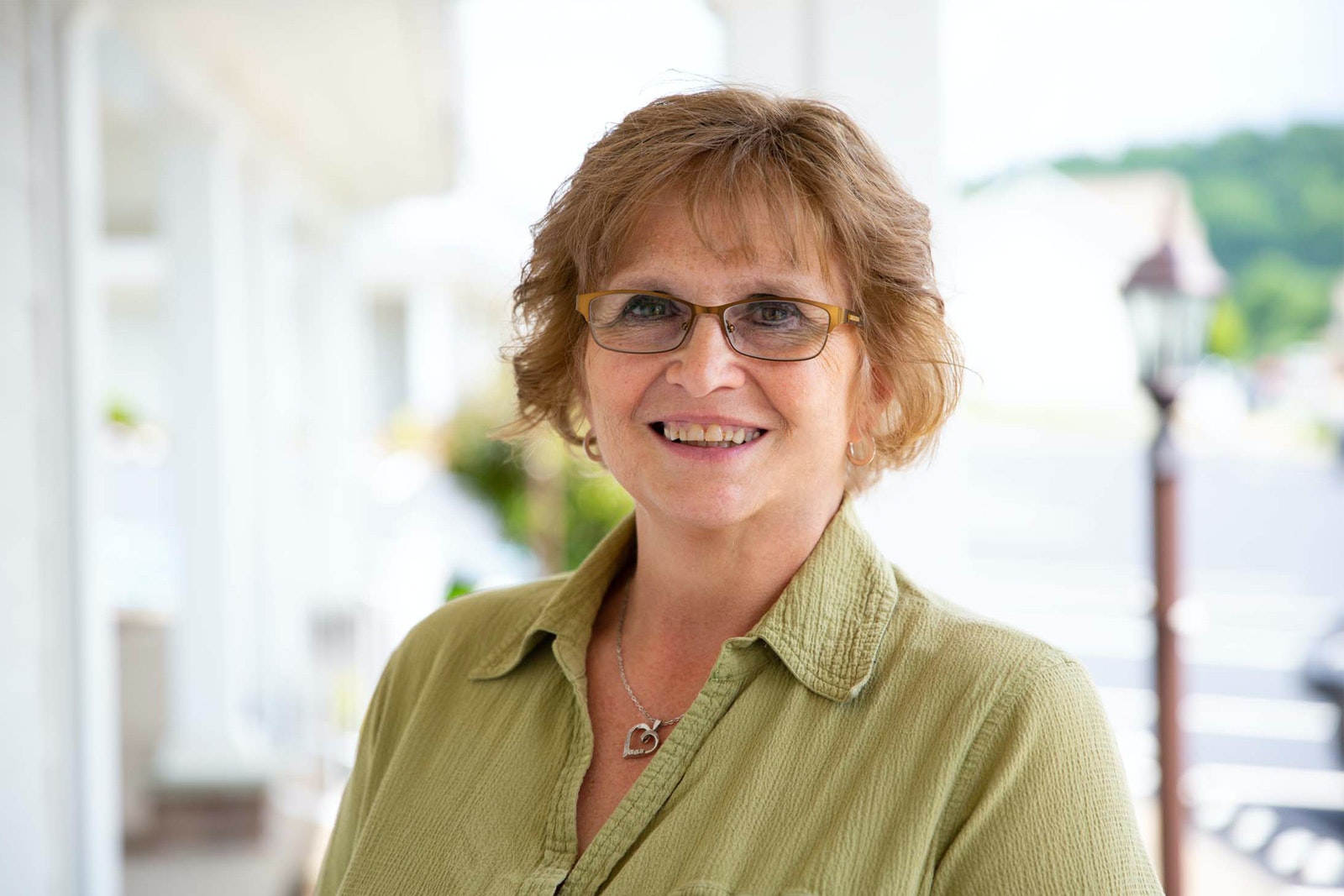 In the summer of 2009, at the age of 56, Becky Benson got news she wasn’t expecting. She had gone to her primary care doctor for a checkup following a bout of severe headaches. She expected to hear she had high blood pressure. Instead, routine bloodwork indicated she had leukemia.

“It was quite a shock,” says Becky, a resident of Bruceton Mills, roughly 30 minutes east of Morgantown. “It was just like the world stopped right there.”

A subsequent bone biopsy confirmed that Becky had acute myeloid leukemia (AML), an aggressive cancer of the bone marrow and blood. Her doctors at a regional hospital in Morgantown immediately began high-dose chemotherapy.

“From June through October, I was in and out of the hospital,” Becky says. “They gave me all the treatments they could. But because the AML was so aggressive, it kept coming back.”

Becky soon learned she’d need a bone marrow transplant to survive. That September, she had her first appointment with Michael Craig, MD, director of the Alexander B. Osborn Hematopoietic Malignancy and Bone Marrow Transplant Service at the WVU Cancer Institute.

Dr. Craig began work to find a blood stem cell donor match for Becky using the National Marrow Donor Program (BetheMatch.org) network. However, the transplant could not be scheduled until Becky achieved remission, and the chemotherapy wasn’t working. Eventually, Becky’s initial oncologist at the regional medical center told her nothing more could be done for her.

“He wanted to send me home on hospice care,” she recalls.

But Becky wasn’t ready to give up. She learned about a clinical trial for a new chemotherapy drug at the WVU Cancer Institute’s Mary Babb Randolph Cancer Center and asked to be a candidate.

“My husband and I talked about it, and I realized, ‘What do I have to lose?’” Becky says.

Becky entered the clinical trial, was admitted to the hospital, and received weeks of treatments. The new rounds of chemotherapy worked well enough that her doctors could finally schedule the bone marrow transplant.

On December 8, 2009, Becky received a blood transplant using stem cells donated from a match in Germany. On December 15, a member of Dr. Craig’s care team shared the good news — the transplant was a success. Her leukemia was gone.

“It took a while for the news to sink in,” says Becky, who has now been in remission for more than 11 years. “By that time, Dr. Craig and the other doctors and nurses at WVU were like family to me. They had visited with me and cried with me. I couldn’t have asked for better care.”

An Appreciation for Everything

In the decade-plus since her diagnosis, Becky and her husband, Gary, have had the joy of watching their son become the father of three sons himself. Becky’s time with her grandchildren has been a constant source of joy.

“I am very, very fortunate,” she says. “Cancer taught me it takes strength to survive, but it takes courage to live.”

Becky credits her recovery to her family’s support and the exceptional skill and compassion of her WVU Cancer Center care team, with whom she’s remained close.

When she thinks about moments that set her treatment apart, Becky recalls how one of her WVU doctors stayed after a checkup to help her set up a laptop so she could stay in touch with family from the hospital.

Throughout her stay, WVU nurses and physicians took time to carefully explain every aspect of the treatment plan with Becky and her husband. “A couple of the nurses really took to my husband,” she jokes.

When Becky finally felt well enough to eat following chemotherapy, several of her nurses brought her milkshakes and food they’d made for her at home.

“Jodi stayed with me through the entire thing,” says Becky. “We’ve become so close. On Nurse’s Day each year, I’ll send her a message saying, ‘I’m so thankful you were my nurse,’ and she’ll say, ‘No, you are a blessing to me.’”

In the years since her recovery from leukemia, Becky has made it a point to greet each day as a blessing. She feels her battle with leukemia has helped her live a happier, more fulfilling life.

“Going through leukemia taught me to be a better person,” Becky explains. “I’m more understanding. I listen more. I care more. It’s helped me to appreciate every little thing in life. And I wake up every morning with a new start.”